Irish Tax - Who pays what?

Irish Tax - Who pays what?

With Budget 2020 just around the corner I thought it may be interesting (in a nerdy way) to see who pays what in our tax system. With that in mind I recently read the Irish Tax Institute Pre-Budget Briefing. Below are what I found to be interesting and salient points.

Progressive is good…right?
A main driver of the progressivity of the tax system is the relatively low entry point (€35,300) at which people are exposed to the highest income tax rate (40%). The table below illustrates that Ireland is near the top of the table relative to other countries. 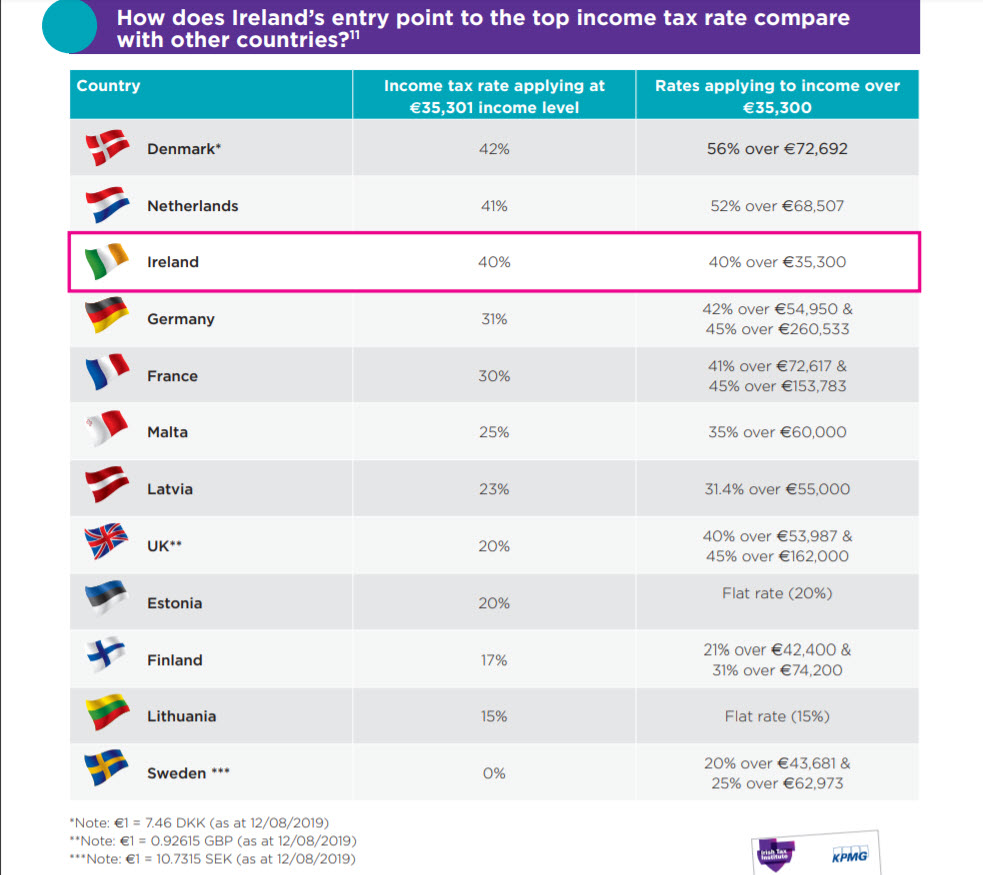 Given these figures, when taken in light of the fact that out of an earning population of 2.7 million some 750,000 pay no tax at all, one would be justified in thinking whether the current tax system and the exponentially progressive nature of the system fair at all? Naturally Ireland’s tax regime should support economic growth while redistributing income to lower paid workers. However surely everybody who works should contribute to the exchequer according to their means? Ireland’s personal tax regime should be more broadly based, simple, fair and transparent.

How to minimize personal tax?
In recent years the Government has reduced or eliminated many of the reliefs that used provide relief from higher rate income tax. One of the few that remain that can provide shelter from the high income tax rate include pension contributions. Before you stop reading, let me remind you of the tax advantages;

In light of this information perhaps it would be worthwhile asking yourself whether you may be better off to pay your future self by way of an increased pension contribution? If you do not file a tax return online, October 31 is the last day that you can make a contribution to pension and back date the income tax relief due against the 2018 tax year. For many this will result in a repayment of over-paid tax, for others it will simply reduce their outstanding tax bill for 2018. For those who file a tax return online the last day will be 12th November. There is no option to defer availing of this tax shelter. If you do not take this opportunity, you will not get another chance to reduce your 2018 income tax liability. For more information please do not hesitate to contact me.

Gavin Gilmore trading as Gilmore Insurance & Financial Services is regulated by the Central Bank of Ireland.
All rights reserved. Made by nicework.